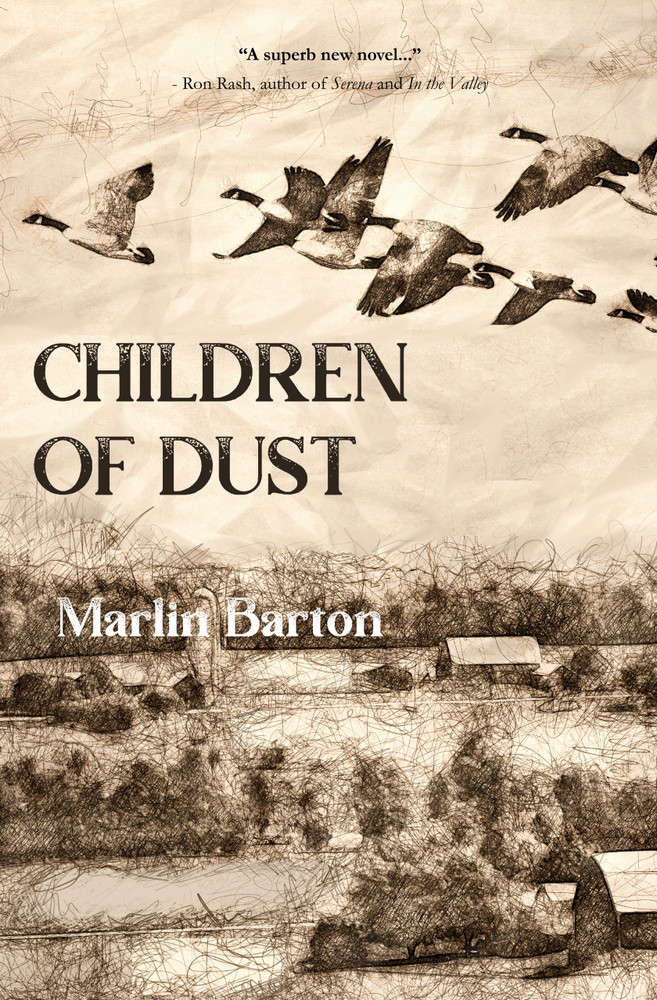 In 2000, as Seth Anderson researches his family history, he discovers an unexpected story and “contained within it lies a larger story that might speak not just to Southern history but beyond it.” In the late 1800s in rural Alabama, Melinda Anderson struggles to give birth to her tenth child, tended by Annie Mae, a part-Choctaw midwife. When the infant dies, just hours after birth, suspicion falls upon two women—Betsy, Annie Mae’s daughter and the mixed-race mistress of Melinda’s husband, Rafe; and Melinda herself, worn out by perpetual pregnancies and nurturing a dark anger toward her husband, a hardened veteran of the Civil War. Seeking to clear her own name and tarnish that of her enemy, Melinda enlists the help of a conjure woman who dabbles in dark magic—with tragic consequences. As Seth’s search for his family’s truth continues, he must come to terms with their failure in confronting their past and in his own culpability in that failure. Filled with haunts, new and old, Children of Dust is a novel about the relationship between two women, allied against a formidable and violent man with secrets of his own, and it is also a complex look at race, violence, and the ways in which stories get passed down to future generations.

Praise for Children of Dust

“Through his complex characterizations, Marlin Barton elucidates Faulkner’s adage that ‘The past is never dead.’ In Children of Dust, the past haunts the present, possessing our imaginations and revealing its violence, if not all of its mysteries. This moving literary achievement is a thoughtful reminder of the complexity of race relations and the truths that bind us.”

-Anthony Grooms, author of The Vain Conversation and Bombingham, winner of the Lillian Smith Prize

“In Marlin Barton’s superb new novel, two men, one black, one white, find common cause in an attempt to understand their shared ancestor, Rafe Anderson, and the mysterious deaths of two of his newborn children, but what makes Children of Dust most memorable is Barton’s refusal to simplify and judge. His characters are never caricatures, and they reveal that the greatest mysteries of all lie within the human heart. Marlin Barton is one of our most underrated writers, and I hope this novel gains him the attention he’s long deserved.”

-Ron Rash, author of Serena and In the Valley

“Children of the Dust shows how the unsettled questions from the past carry forward, creating searches for answers generations later. With clear intentions and a skillful rendering, Marlin Barton presents a family’s lineage as a winding path, and the breaks and turns give a vivid sense of how history is both made and survived.”

-Ravi Howard, author of Driving the King and Like Trees, Walking, winner of the Ernest J. Gaines Award for Literary Excellence

“Children of Dust is a novel that Marlin Barton was born to write; an immersive story that asks the hardest questions and answers them with powerful and propulsive historical fiction. There are times in Southern, and American, history that we cannot ignore and yet we have — Marlin Barton looks the truth straight in the eyes and does not look away, allowing us to do the same. With riveting prose, Barton proves he is a master storyteller. Vivid and intense, Children of Dust will stay with you long after the last powerful word.”

“The serenity of Southern rivers often hides a deceptively strong current, and such is the truth of Marlin Barton’s novel, Children of Dust. Strong currents pull at the reader from the opening passages, where a new baby brings the conflicts of race, class, family ties—and possible infanticide—to the forefront. Barton’s lyrical writing and his unwavering honesty draw the reader back in time and place to actions taken that bear fruit through the generations. This is a universal story, but also one very personal to Barton. That connection gives the author power and a hard won understanding of the characters. This is a rich, compelling story told with assurance and an unflinching eye. Children of Dust is a story for the times we live in.”

“I just finished Marlin Barton’s intense and beautifully written novel Children of Dust and am full of admiration for both the book and its author. It’s about many things at once-history, forgiveness, love and endurance-and while it’s never didactic, there are lessons in these pages for all of us. This is a deeply moving tale by a richly gifted writer.”

-Steve Yarbrough, author of The Unmade World and The Realm of Last Chances

“Children of Dust is a brutal and beautifully written tale of family secrets, the complications of race, and a past forever connected to the present through blood ties. Marlin Barton brilliantly transforms the tropes of the traditional Southern novel-the horror of the lost war, positionality of women, miscegenation, rigid social codes-exploring the  interiority of the people who lived it and the effects of their choices on the generations who came after. Though most of the novel takes place in the late nineteenth century, the present, in an ironic twist, keeps interrupting the tale of the past with ever growing urgency because for all of its focus on the past, the story is really about the present moment. The novel asks a quintessential question of Southern history: “How can you kill (or deny) your own children?” Barton’s haunting novel, which in many ways says what Faulkner could not about Southern families, answers this question with honesty, nuisance and grace.”

“Marlin Barton’s Children of Dust is so fully engaging that you plan your day around when you can continue reading. Courageous and beautifully written, the novel exposes unhealed wounds and unanswered questions that remain more than a century-and-a-half after the American Civil War. Barton brings to life a host of diverse characters whose distinctive voices dramatize the inequities of race, gender, class, and age. Viscerally real men, women, and children from the nineteenth century form a cloud of witnesses that testifies to two characters of the twenty-first century, and all of them, past and present, remain forever alive for the reader who shares their painfully felt, life-altering connection.”

“In Marlin Barton’s historical novel Children of Dust, a family struggles with the repercussions of the death of their newborn. In the 1880s in Alabama, Rafe has multiple families. He’s married to Melinda, with whom he has five living children. He’s conducting an ongoing affair with Betsy, the Black, Choctaw, and white daughter of his servant, too, with whom he fathered two children who have his surname. When Melinda gives birth to his tenth child, who dies on the same day, Rafe suspects that Melinda killed the baby. But others blame Betsy for the death. Gossip and vengeance run rampant in the town, which is also still reeling from the events of the Civil War.

Interspersed between chapters focused on Rafe’s family is a present-day narrative in which two men, one Black and one white, come to terms with their shared heritage in Rafe. Each has his own genealogical facts to accept, and their united progress toward understanding reconciles the mysterious past with the complicated present. Rafe’s infidelity with Black women, when paired with his Confederate background, exposes his hypocrisy, but the narrative takes no moral stand, allowing the characters to express themselves, and their opinions of others, without imposing its own judgement. The two contemporary characters have biased beliefs about the historical figures: the Black descendant asserts that Melinda killed her children, not Betsy, as they can only rely on documents and stories passed down through generations. The rich, eloquent historical narrative gives voice to the various individuals involved, showing that people need only to understand that history is complex, not to fully understand its complexities, in order to move toward unity. Children of Dust is a thought-provoking novel in which the cognitive dissonance of the white people who were involved in slavery is apparent; in it, ancestry shapes people’s beliefs.”