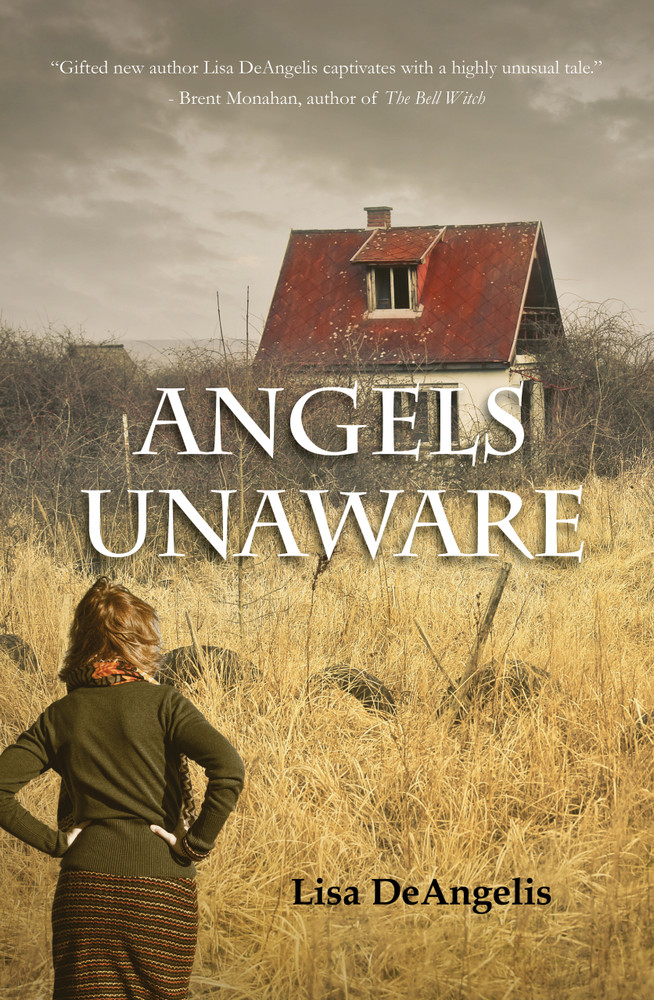 In the 1930s coal mining town of Galen, Pennsylvania, Darcy Willickers lives with her two sisters and her mother, Jewel; together, they own and operate the dilapidated Hospitality Inn—a failing hotel that accommodates a succession of non-paying misfits and wanderers, including a drunken poet, an AWOL sailor, and an itinerant hangman. With escalating costs of upkeep, a conservative town suspicious of their enterprise, and the persistent attentions of Aaron—the local minister’s son, who seems to have dark designs of his own—Darcy has challenges enough to sustain her. When the handsome and engaging Luca D’Angeli arrives with his father, fresh off the boat from Naples, Darcy and Luca find themselves drawn to one another. But they each harbor old secrets of murder, violence, and retribution, which lead to a tumultuous chain of events that will upend the lives of the Willickers and the fate of the Hospitality Inn forever.

“DeAngelis’ first novel is a slow-paced historical fiction presented in the tarnished light of character Darcy Willickers’ cynical viewpoint in the 1930s coal-mining town of Galen, Pennsylvania. Raised in a very unconventional home, where she called her mother Jewel and practically raised her younger sisters, Darcy has a pragmatic approach to a simple life of chaos amid the comings and goings of “guests” to the Hospitality Inn, which caters to railroad men and the occasional freeloader who relies on Jewel’s trusting nature to stay indefinitely. One such Italian guest, Luca D’Angeli, captures both Jewel’s good nature and eventually Darcy’s heart, but their journey is fated to include twists and turns, which explains Darcy’s disdain for a happilyever-after story. Not for the faint of heart, the novel’s tragedies keep coming in a graphic account of murder, revenge, betrayal, and the fragile web of family ties that can break or make an individual. Gritty, real, and sometimes terrifying, the story tests Darcy’s ability to carry on. Romance readers will enjoy the dance between Luca and Darcy, while suspense readers will stay attuned to the growing dangers around the Hospitality Inn.”

“Gifted new author Lisa DeAngelis captivates with a highly unusual tale.  Her distinct voice has inviting powers reminiscent of Carson McCullers in The Heart Is A Lonely Hunter and Harper Lee in To Kill A Mockingbird.”

“Lisa DeAngelis infuses a poor mining town in the thirties into the very wallpaper of this story of Darcy Willickers as she recants the intricacies of her life in a lyrical voice showing the strength that only the downtrodden can muster.  Recommended.”

-Hope Clark, author of The Carolina Slade Mysteries and The Edisto Island Mysteries

“A treat from beginning to end.  Lisa DeAngelis has created unforgettable characters and a story that grips you from the first page.  I was drawn into the world of the Hospitality Inn.  Darcy and Luca were so vivid, they almost jumped off the page.  I highly recommend this book.  You can’t put it down.”

“Lisa DeAngelis has composed a real page-turner.  The story draws you in and doesn’t let go.”

“This tale rolls fast and furious off the tongue of Darcy Willickers, flavored with sauce and cynicism.  Imagine Cinderella smashing the glass slipper and telling Prince Charming to go pound sand and you’ll appreciate a character too grounded in depression-era realities to ever see herself as a victim.”