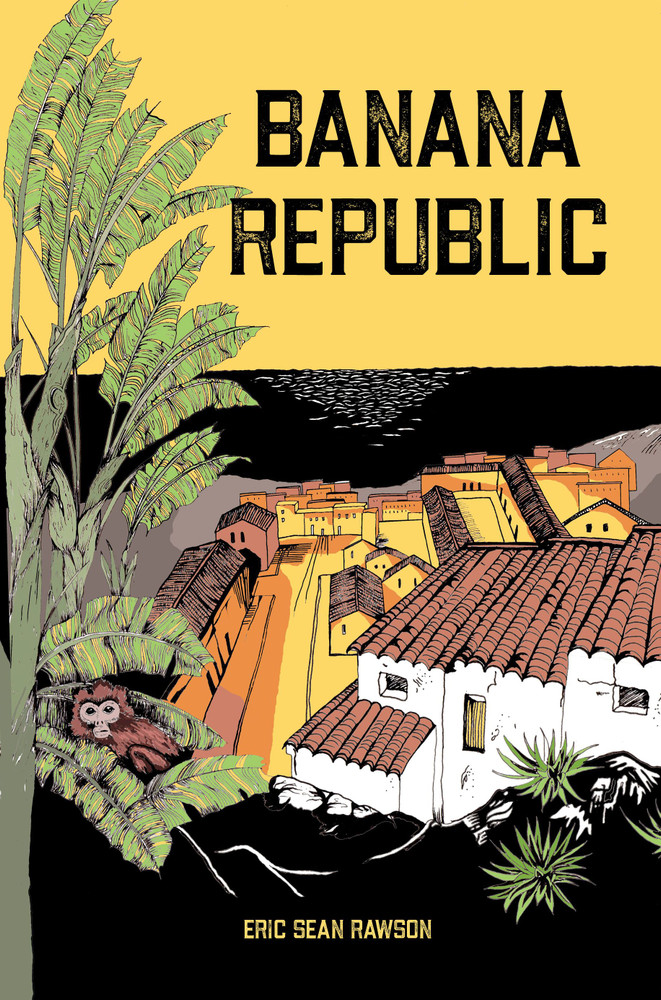 When William Sydney Porter faces prison for embezzlement in Austin, Texas, he catches the first tramp steamer to Central America. The year is 1905. He washes up in the town of Coralio, in a country with no extradition treaty with the U.S. and a government at the mercy of American scoundrels, drunks, and robber-barons.

Porter establishes himself as a newspaper printer, despite violents opposition from the most powerful individual in the country—Walter Whitaker, the president of the Vesuvius Fruit Company. Whitaker sees Porter’s newspaper as a threat to his plans to overthrow the government and install a puppet who will give him concessions to build a railroad to the new Panama Canal.

Loosely based on the history of U.S. intervention in the “banana wars” of the early twentieth century, as well as on the life and stories of O. Henry, Banana Republic is a comic tale of greed, ambition, and gunboat diplomacy.

-Ron Hansen, author of The Kid, Desperadoes, and The Assassination of Jesse James by the Coward Robert Ford

“This turn-of-the-century narrative romp is in good fresh hands with the wit and sharp observations of Eric Rawson. A debut novel that sings with polish on every page.”

– Aimee Bender, author of The Particular Sadness of Lemon Cake and Willful Creatures

“It is a rare novel that dazzles in both its language and its plot. Banana Republic is such a novel, thanks to Eric Rawson’s riveting story-telling, stunning originality, and formidable erudition. ”

– Chard DeNiord, author of Interstate and The Double Truth

“Banana Republic is an absolute delight. As funny as it is apt, as inventive as it is entertaining, Rawson’s reimagining of O. Henry’s life on the run is a fast-paced exploration into a seedy ex-pat community in the early 20th century.”

“Like one of Graham Greene’s ‘entertainments,’ Banana Republic is powered by wit and intelligence, and populated by an irresistible cast of scoundrels, poets, robber barons, lay-abouts, and ne’er-do-wells. It’ll go down like a cool drink on a hot day. As soon as you finish it, you’ll be wanting more.”

– David Oppegaard, author of Wormwood, Nevada and The Suicide Chronicles

“Eric Rawson’s vivid, broadly comic portrait of the roguish William Sydney Porter’s sojourn among scofflaws, free spirits and dissipated oddballs in the quasi-mythic village of Coralio, pays homage to that key period in the writer’s transformation from journalistic dabbler to the voluminous phenomenon known as O. Henry.”