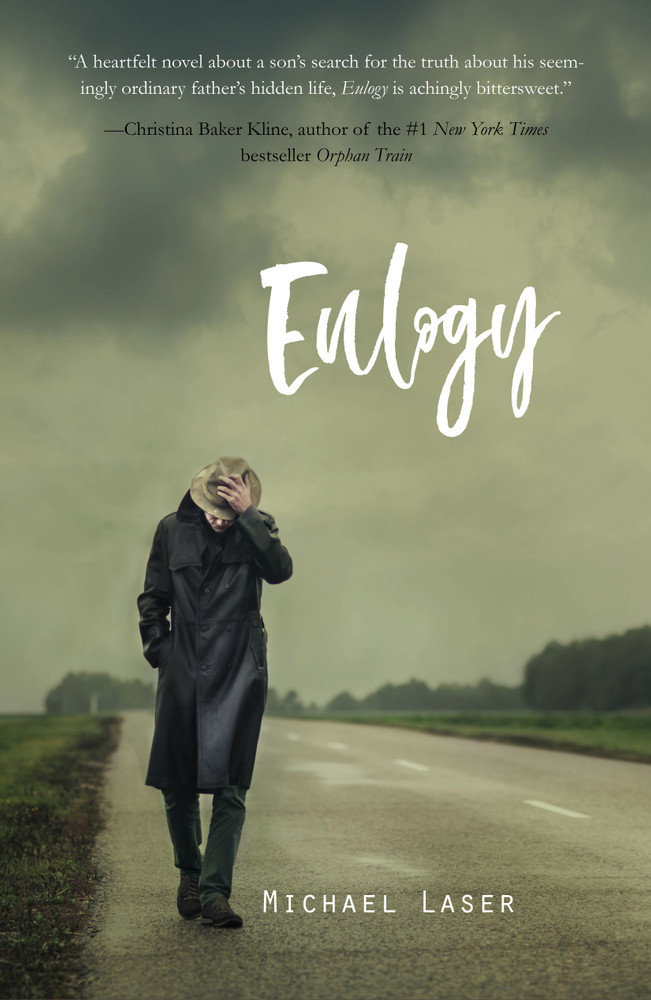 You think you know your father—but what if he kept secrets until the day he died? Just hours after delivering his father’s eulogy, Ken Weintraub learns that this hardworking, unassuming man spent three years in prison. Consumed by the astonishing news, Ken sets out to unravel the mystery. As he pries information from old friends, relatives, and others, he pieces together a portrait that’s full of contradictions. Was his father an assassin’s accomplice? A gullible victim? Or a heroic, loyal friend? Everywhere he turns, he hears stories that surprise him. Even when he thinks he knows the whole truth, there’s still more to learn.

“A heartfelt novel about a son’s search for the truth about his seemingly ordinary father’s hidden life, Eulogy is achingly bittersweet. As he begins asking questions he isn’t sure he wants to know the answers to, the son is forced to reassess everything he believes about the people he loves—and ultimately examine his own life choices and decisions. Quietly observed and richly absorbing.”

“At the heart of this tender, engrossing novel are a father’s secrets, a son’s attempts to unearth them, and the son’s struggle to understand why so much was kept hidden from him. Absorbing and perceptive.”

— Jane Bernstein, author of The Face Tells the Secret and Loving Rachel