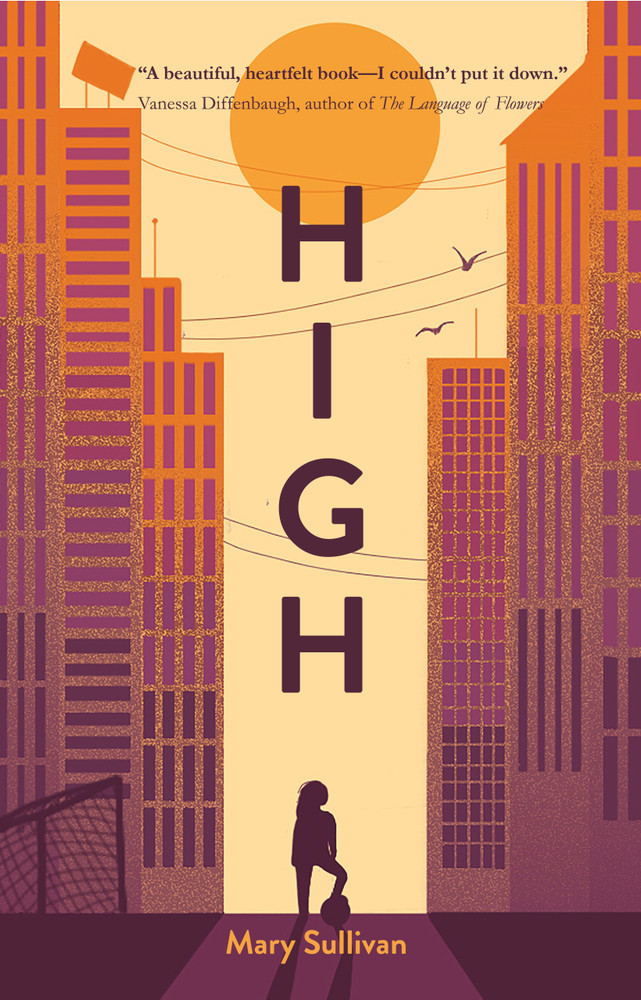 It is impossible not to root for Ceti, almost fifteen, who tells her story of growing up in shelters, learning soccer from Gramps, and sleeping in her mom’s red truck. Following in the steps of her hero, Lionel Messi, Ceti is a shooting star on the soccer field. A U.S. scout is coming to watch her play in the State Championship; she has Ruby, her best friend since kindergarten, rooting for her, and a crush on a boy who lives in her building. But at home, she’ll find a spoon in the sink, a ball of tin foil and a needle in the trash. Her mom, who used to be beautiful with long honey hair and green eyes, is now wasted and track-marked. And she is pregnant. Her life in constant upheaval with a mother who wants only the next high, Ceti must find the courage to hold on to her dreams.

“Told in verse, Sullivan captures the realistic banter between Will and Ceti as they debate their favorite soccer stars, the starkly descriptive images of her mom’s drug paraphernalia, and the desperate pressures this young woman feels. Her coach and other adults prove the saying ‘It takes a village,’ helping Ceti’s story end hopefully. This will appeal to those who appreciate stories that don’t pull any punches.”

“I love this book. In gorgeous, compelling verse, High tells the story of fourteen-year-old Ceti’s struggle to soar even as she lives through her mother’s life-threatening addiction. Mary Sullivan has written a beautiful, heartfelt book—I couldn’t put it down.”

—Vanessa Diffenbaugh, author of The Language of Flowers

“Vivid realism reaches impressive heights in this novel in verse. Ninth grader Ceti is a star soccer player struggling with a future she can barely imagine and a drug-abusing mother. Her bleak past includes living in a truck, and though memories of her grandfather are warm, his absence stings. Ceti’s history of strained friendships resulting from the deception and emotional upheaval of living with an addicted parent contrast with the vital joy and respite of the soccer field and the attention of a supportive coach. The emotional heart of the story is expressed in the poem ‘Jigsaw Puzzle,’ in which Ceti weighs the limits of her agency. Ceti’s romantic interest, Will, is cued as Afro-Latinx and her best friend, Ruby, is Black and White. As a White girl, Ceti’s perceptions of race—e.g., that Ruby has it easier because she’s biracial, and her lack of reflection on her mother’s nickname for her, Indian Girl—seem naïve but may reflect the social-emotional limits of a young person raised in a traumatic environment. Impulse control issues and a crisis at home jeopardize her faith in the future she’s working toward. The emotional complexity makes this a good option for serious readers, with each tightly crafted poem delivering a shudderingly beautiful piece to the story. The use of white space and font size and concrete poetic techniques throughout capture the searing moments that define Ceti’s perceived options and powerful journey. A heartfelt, grim glimpse of addiction’s fallout.”