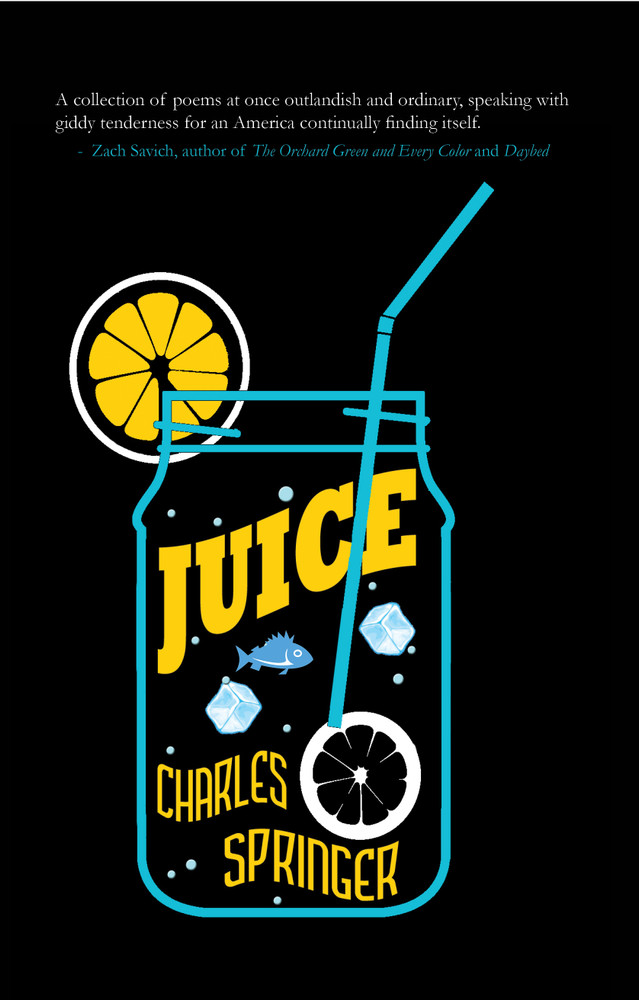 Regal House Titles
$12.95
Be the first to leave a review

Charley’s Juice takes you to a world that is so real it’s fake, so fake it’s real, and so fantastical you can’t figure out if you are coming or going. Deep sadness mingles with slapstick and everyone is getting up and going to work in the underbelly of Heaven. Juice is a magical joyride on a spaceship made of dust and stars, cobwebs and takeout boxes, fenders and a little hay that shoots us straight to a carnival of hyperrealism, where the side show is a mirror into our souls. Look in. You may think the mirror is warped, but let me tell you, it’s not. Read Juice and read America in all its rusty, neon, prairied, and salt-stained glory.

Reading Charles Springer’s collection of poems, Juice, is like getting on a roller coaster, flying down the hill at break-neck speed, then going airborne, flying off the tracks only to land in a field of sunflowers and lilacs, unscathed and delicious all at once. His work has that kind of energy and that kind of sensitivity. He’s a poet of the earth, of the sky, of the everyday. This is what is so engaging about these poems, why I appreciate them so much—he’s not preaching, he’s not toying with us, he’s just dabbling in the everyday and making its beauty stand up and be noticed. He writes about knees, about dementia; he writes about houses and milk and New Jersey! When you read Springer’s work you are reading a celebration of the minimal that, eventually, gets you to maximal—that big open place where the metaphorical heart dances and sings, and where the physical heart gets stronger and stronger. Juice is a book full of electricity and pulp, sweetness and strength. It’s a collection of poems that should be on every bookshelf, sitting there strong, spine out, right between the cookbook and The Bible.

Charles Springer’s Juice gives local reports from poetic precincts at once outlandish and ordinary. “By the time the news team got there, / it was way too late,” Springer writes; his poems rove through the aftermath with giddy tenderness for the people and phrases of an America that is continually finding itself. These poems are as hospitable as “warm words / over the burn barrel.” They help it emerge. An immensely delightful, exhilarating collection.

Charles Springer is my kind of poet. His poems are understandable and fun to read. If the New York School was taking new members, they might recruit him.