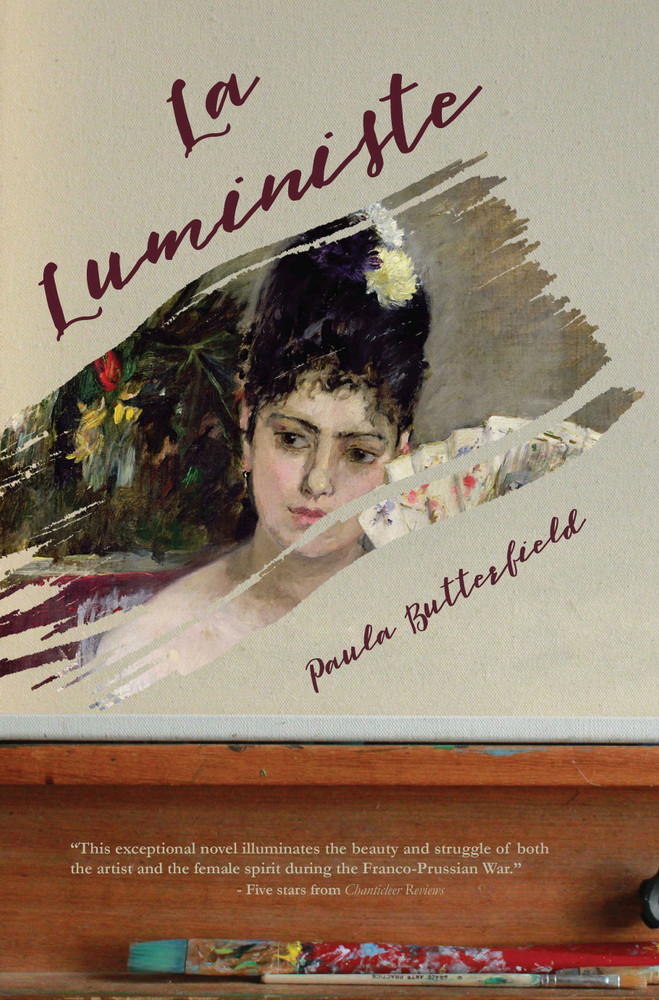 Regal House Titles
$17.95
Be the first to leave a review

Above all, Berthe Morisot yearns to be a professional artist. Despite the skepticism of her parents and the male-dominated conservatism of the Parisian art world, Berthe pursues her artistic passion. Chafing under the tutelage of traditional masters, Berthe is mesmerized by Paris’ most revolutionary artist, the debonair Édouard Manet, whose radical paintings reflect a brash modern style. Berthe consents to model for Édouard and in the process falls deeply in love, an affair that both must keep hidden from the world, for Édouard is married to another.

As the city of Paris is convulsed by the Franco-Prussian war, and dark family secrets are revealed, the lovers are driven apart. Berthe, after enduring the horrors of a city under siege and suffering from recurring depression, marries Édouard’s brother, the mercurial Eugène Manet. Quiet married life is not for Berthe, however, and she—along with her infamous contemporaries, which include Edgar Degas, Paul Cézanne, and Claude Monet—develop the radical painting style that challenges the stifling traditionalism of the Salon: Impressionism. Collectively, they deem Berthe’s light-infused paintings the most avant-garde works of them all.

La Luministe is the story of a woman driven by determination for professional recognition in a conservative art world equally determined to deny her a place. Despite her thwarted hopes for love and the physical rigors of war, Berthe Morisot emerges as one of art’s most remarkable women.

“This exceptional novel illuminates the beauty and struggle of both the artist and the female spirit during the bloody time of the Franco-Prussian War.”

“Loved. This. Book. It reads as if you are standing in front of a Berthe Morisot painting, wishing she would speak to you—and then quietly, privately, she does. And not just about her daring brush strokes or her use of quiet color, but also the secrets, the stories and the struggles hidden in each canvas. Yes, you will be fascinated to read about Morisot’s scandalous love triangle with the Manet brothers, but at its heart, this book is about a woman’s greatest passion: her art.”

– Margie White, Founder of the blog The American Girls Art Club in Paris

“This is an exquisitely imagined and written novel about the artist Berthe Morisot, her determined but, also, instinctive approach to art and life and love. This novel is a beautiful, seductive linguistic dance, subtly expressive like Morisot’s art.”

– D. M. Denton, author of Without the Veil Between, Anne Brontë: A Fine and Subtle Spirit

“Today a woman of Berthe Morisot’s talent and vision would be celebrated and admired, but in 19th century Paris she was considered odd and brazen. Weaving a pioneering Impressionist’s life story with meditations on art and its purpose, La Luministe is an inspiring tale of a woman who would not back down until she claimed her rightful place at the table.”

– P. K Adams, author of The Greenest Branch and The Column of Burning Spices

“The colors and swirl of 19th century Paris come to life in this touching novel about learning to truly see—in art and in love. Berthe Morisot lived an impressive life, and Paula Butterfield has written a novel worthy of her.”

– Carrie Callaghan, author of A Light of Her Own

“With La Luministe Paula Butterfield delivers a touching and compelling chronicle of female artist Berthe Morisot and the nineteenth century Impressionist world she helped to birth. From unpaved streets of Paris to Baccarat-crystal lined parlors, we are treated to a vivid dramatization of the beginnings of modern Paris. Surviving the Franco-Prussian war, the Siege of Paris, and a dogged love for Manet, Berthe Morisot masters light and becomes the first Impressionist whose work hangs in a public museum. From Ms. Butterfield’s artful pen, we are handed one more narrative to illuminate women’s history.

– Donna DiGiuseppe, author of Lady in Ermine: The Story of a Woman Who Painted the Renaissance