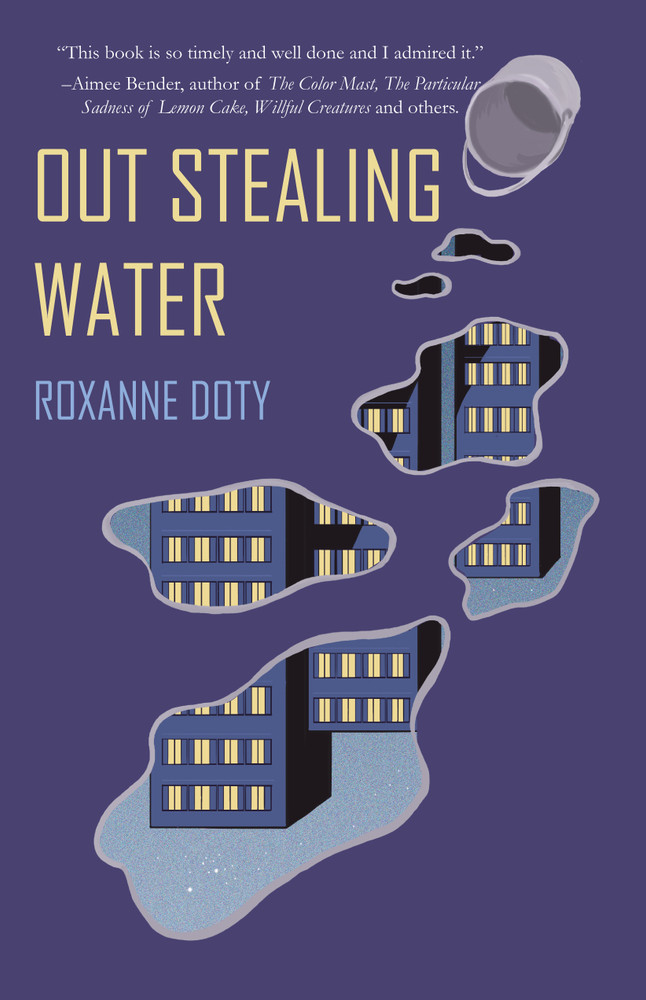 When the city turns off her family’s water, seventeen-year-old Emily begins to understand why her uncle Dwight thinks the government should keep its hands off people’s lives, property, and the things they have a right to—such as water. Set in the greater Phoenix, Arizona area in the summer of 2010, Out Stealing Water tells the story of Emily’s increasingly bold schemes to get enough money to leave Phoenix for good. She and her cousin, Paula, begin stealing. At first, it’s T-shirts and gym shorts from the university gym, but it soon escalates to stealing cell phones and IDs. When they accept an offer from the shady friend of her uncle Jay to steal suitcases from Sky Harbor Airport, they may have crossed a point of no return. Meanwhile, Dwight struggles to hang on to the family’s ramshackle two-acre property located in the heart of a rapidly growing university town by accepting help from an armed anti-government group. In the wake of a tragic shootout, Emily has to choose: stay in the place she calls home or find a new life for herself?

Praise for Out Stealing Water

“You’re walking a familiar street when something – the play of light, a child’s call far off, tree roots pushing through sidewalk, a perfectly blue robin’s egg lying lost on the ground – brings on waves of feeling and of memory and you see this street as though for the first time, with wonder. That’s what writers at their best do, and what Roxanne does in Out Stealing Water.”

“This book is so timely and well done and I admired it.”

– Aimee Bender, author of The Color Mast and The Particular Sadness of Lemon Cake

“In this novel of a makeshift family facing eviction from their trailers on a dirt lot in the city of Tempe, Roxanne Doty makes disreputable and dishonest teenagers, and the adults who mislead them, into sympathetic characters that you are rooting for by the final confrontation with authorities. Doty writes with skill and compassion, bringing this story of escalating mistakes and desires to a satisfying conclusion.”

“The current conflicts in our different Americas are an integral part of Out Stealing Water, not just touched on but the very foundation that holds the plot together from privilege to poverty, spirituality to doubt, money and power to hardscrabble lives lived on the brink of our cities. The story explores our culture in which losing and winning come down to the dreams and promises on a postcard. Read this illuminating book! It will shine in the dark while you stay awake, hurrying to find out what is next, but slowing down to savor Roxanne Doty’s writing and the depth of her novel.”

“Out Stealing Water is a must read if you have ever wondered what it would be like to become an outcast on land that has been in your family for generations, and is about to be taken from you because you can’t produce the stupid piece of paper that says it’s yours.  Roxanne Doty has penned a brilliant novel that immediately draws the reader into this family’s plight.”

-Nancy Purcell, author of Stop Twisting the Knife and Challenges and Chores

“Out Stealing Water begs the heart-breaking question between sin and survival, poverty and pride, and sovereignty rights from before the era of computers. With poetically vivid prose, characters you cry for, and unapologetic justifications, Doty’s novel lingers, haunting one’s concept of truth.”

Out Front the Following Sea

In the Lonely Backwater

The Outlook for Earthlings

This Side of Water

This novel is deeply affecting without being sentimental. The characters are hard-bitten with tough veneers but in the end their hearts betray them. The plot begins slowly enough but the tension rises as the stakes increase, and the novel becomes a page-turner. The surprise comes when you as the reader are pulled into the drama and by the end find yourself fully invested emotionally in the two main characters. You may need some time to yourself when you finish this book. Doty is a skilled writer fully in control of the language and intertwining journeys of her characters. Highly recommended.