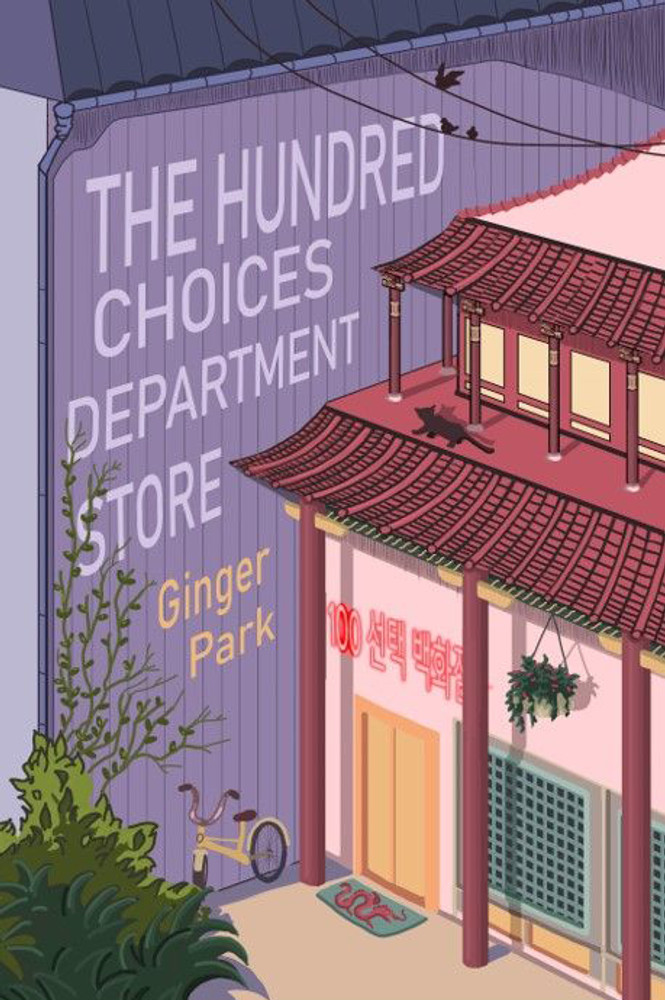 It’s 1944. The Pangs own The Hundred Choices Department Store, a thriving business in northern Korea that caters to wealthy Japanese. Thirteen-year-old Miyook Pang has spent two years serving in the war effort on behalf of Japan during the Japanese Occupation of her country. Miyook endures exhaustion and illness, but only when she is sent to work in the dreaded dye factory – a place deemed Hell’s Chamber by her older brother, Hoon – does she experience spiritual death. It is here where she meets Song-ho, an orphaned boy, and unbeknownst to her, the brief encounter will prove fateful. When Japan loses the war, Russian soldiers capture her beloved hometown and The Hundred Choices Department Store, leaving the city in ruin. With the Korean War looming, Miyook must take a dangerous flight south, across the 38th parallel now guarded by the newly formed North Korean Army. Here, once again, she encounters Song-ho, an event that will change the course of her life.

“History and heart intertwine in this gripping, deeply felt novel about a divided family in a divided country. As World War II comes to a close in northern Korea, Miyooki must confront external danger—occupying Russian soldiers, vicious border patrols—and internal doubt and grief to find her true place in a changing land. This book sings of the beauties of an old way of life—and of hope and possibility.”

“This beautifully written, heart-wrenching coming-of-age story speaks to the enduring power of familial bonds and the resiliency of the human spirit. As her world is destroyed by tyranny, subjugation, and agonizing separation, Miyook learns that a small act of kindness can have enormous consequences. The heightened pathos of deftly crafted scenes will inspire empathy and compassion for the plight of refugees. A riveting, timely, humanizing account of risking everything for freedom.”

“Ginger Park weaves her family’s story into a compelling novel reaching far beyond battle dates and casualties—a reminder that losses from conflict have a lasting impact, even on resilient children, and political boundaries often draw red lines through the heart.”

“A fantastic middle-grade historical novel that takes place during World War II and the tumultuous years leading up to the Korean War, set on the Korean Peninsula. Drawn from stories of the author’s family, The Hundred Choices Department Store is a richly detailed book that chronicles a harrowing era in Korean history. This book does a great job of illustrating the hard choices so many families had to make—stay in a familiar place that has been turned upside down and face danger at the hands of people who had once been allies or venture into the unknown. This is a wonderfully written, heart-wrenching tale of family and resilience!”

“In this gripping, poignant novel by Ginger Park, a Korean family is torn apart by Japanese and Russian rule during World War II and sacrificial love, yet held together by faith, food, and memories. Miyook’s family owns a bustling department store in the city of Sinuiju in northern Korea, but communism forces her family to leave everything behind to escape over mountains and a river to freedom in the south. On her journey, Miyook learns that small gestures are never forgotten. I love this story.”

-Tina Cho, author of The Ocean Calls and Rice from Heaven

“How do you tell a tale of war, the separation of family and country, of heroes and villains, and make it sound like poetry? Ginger Park has woven a beautiful and heartbreaking story of Korea in the 20th century in “The Hundred Choices Department Store.” Her details of food and family traditions are as heartwarming as a bowl of steamy homemade noodles. The novel is an excellent introduction to life in Korea during World War II and the civil war that followed. A beautiful book.”