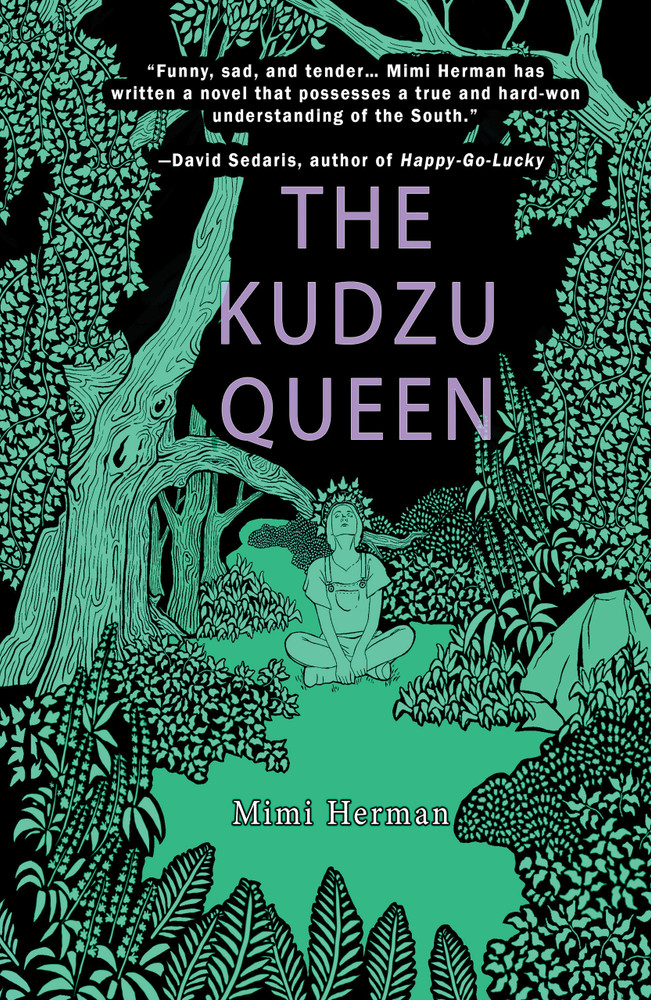 Fifteen-year-old Mattie Lee Watson dreams of men, not boys. So when James T. Cullowee, the Kudzu King, arrives in Cooper County, North Carolina in 1941 to spread the gospel of kudzu—claiming that it will improve the soil, feed cattle at almost no cost, even cure headaches—Mattie is ready. Mr. Cullowee is determined to sell the entire county on the future of kudzu, and organizes a kudzu festival, complete with a beauty pageant. Mattie is determined to be crowned Kudzu Queen and capture the attentions of the Kudzu King. As she learns more about Cullowee, however, she discovers that he, like the kudzu he promotes, has a dark and predatory side. When she finds she is not the only one threatened, she devises a plan to bring him down. Anyone who knows—or has been—a fifteen-year-old girl will understand how a crush can sour, or even turn dangerous. And anyone who’s seen “southern topiary” will recognize how it swallows up whatever stands in its way. Based on historical facts, The Kudzu Queen unravels a tangle of sexuality, power, race, and kudzu through the voice of an irresistibly delightful (and mostly honest) narrator.

Praise for The Kudzu Queen

“Funny, sad, and tender… Mimi Herman has written a novel that possesses a true and hard won understanding of the South.”

“What a wonderful novel! Mimi Herman brings us a charming charlatan, a farming community at a major turning point, and the most appealing young heroine since Scout.”

“A handsome devil pays a call to a community in North Carolina, and in this funny and moving novel by Mimi Herman, we see the result. The Kudzu Queen is about beauty, and familial love, and what we may owe to our friends and neighbors. This novel has both sweetness and suspense, and its cast of characters will stay in your memory long after you have closed this wonderful book.”

Mimi Herman’s novel is absorbing, nuanced, and as layered as the characters who inhabit it. In equal measure of grace and seemingly effortless narration, the beautifully drawn compelling characters of The Kudzu Queen are captivating voices reconciling the tensions between belonging, entrapment, grief, self-doubt, forgiveness, and redemption.

“The Kudzu Queen, Mimi Herman’s lively novel, chronicles the history of the prolific Southern vine while also introducing the wonderful character, Mattie Watson, and her family and community. People often joke about kudzu climbing and concealing everything, but in Mimi Herman’s capable storytelling, it is just the opposite; she uncovers all that divides humans as well as what binds them together.”

“Mimi Herman’s delightful new novel The Kudzu Queen is as entertaining as it is thought-provoking, filled with smart and subtle observations about race, gender, class, and power. And Herman’s spunky 15-year-old heroine, Mattie Lee Watson, is irresistible, with a sense of justice as great as her sense of humor.”