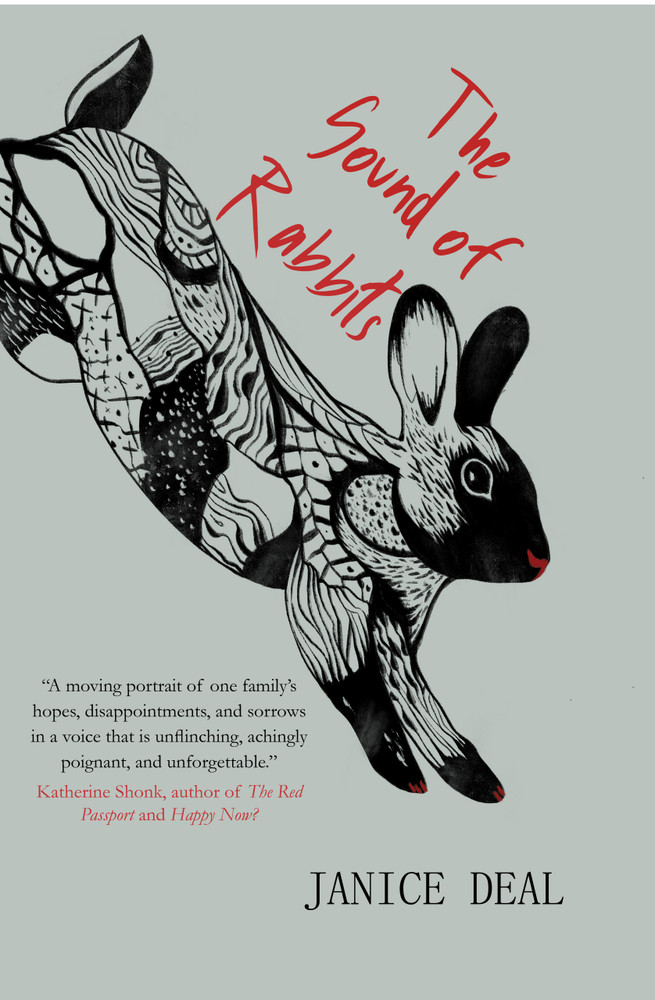 The Sound of Rabbits

The Sound of Rabbits tells the story of Ruby, a bright woman with a love of music who thought that leaving the small town where she grew up would ensure her happiness. But her life in Chicago is not going the way she’d planned. At 41, she’s drifted away from music, and a long-term relationship with a boyfriend has ended badly. Everything changes with one phone call from her sister, Val, who cares for their mother, Barbara, in the hardscrabble Midwestern town where Ruby grew up. Barbara’s health has deteriorated, and Val insists Ruby come home to help. Ruby returns to confront some harsh truths about her family and herself as she tries to find meaning in her mother’s battle with Parkinson’s disease. Written as an homage to the classic archetype of the Hero’s Journey, The Sound of Rabbits relies on different points of view to explore themes of change and death, and considers the role that the past – and acceptance of that past – can play in one’s current and future happiness.

Praise for The Sound of Rabbits

"I read The Sound of Rabbits with a growing sense of recognition and love for Ruby, her family, and the others in her orbit. As in her past and forthcoming work, Janice Deal tenderly nurtures the bonds between reader and character with her great empathy and keen understanding of what it means to be alive. In The Sound of Rabbits, Deal offers a moving portrait of one family’s hopes, disappointments, and sorrows in a voice that is unflinching, achingly poignant, and unforgettable."

—Katherine Shonk, author of The Red Passport and Happy Now?

"The Sound of Rabbits is a heartfelt novel of fragile love between sisters, estranged through distance and grudges, striving to find their bond, even if they don’t have the words to express it. With keen insights and spot-on descriptions, Janice Deal animates her novel with characters from a small town in Wisconsin where parents struggle to make ends meet, children seek their passions, nature is cruel, and the past is never really past. An unflinching, yet loving, portrait of a complicated family."

—Jan English Leary, author of Thicker Than Blood and Skating on the Vertical

"At the heart of Janice Deal’s new novel The Sound of Rabbits are two sisters: one who stayed and one who fled. Val, in a sad marriage with two daughters, remained in their small hometown, and Ruby, who got away, hides her disappointments and failures. The two are brought together as their mother approaches death. Re-enacting old conflicts and finding new ones, each woman seeks solace from the other, and refuses it. Deal weaves together the two sisters’ stories, present and past, with those of their mother, Val’s girls, Val’s silent husband Len, and others they touch in their small town, creating a luminous web in which each interwoven life is a strand that sets the entire web shaking and shimmering. With a lovingly sharp-eyed grasp of the particularities of small town northern Wisconsin, with an uncanny ability to probe the dark and conflicted interiors of her characters, and a poet’s way of conjuring layers of emotion with a few perfect words, Deal has written a novel that resonates long after the last lines are read. The Sound of Rabbits is a deeply affecting and powerful novel."

"Janice Deal’s The Sound of Rabbits is a lyrical, deeply affecting novel about family, loss, and the ties that bind us to the places we’re from, even when we think we’ve left them behind. After Ruby gets a call notifying her that her chronically ill mother has taken a turn for the worse, she heads to the small Midwestern town where her sister, old flame, and memories of her past live on. Using multiple points of view, Deal immerses us into a vividly-rendered town in which the residents share their deepest secrets, while asking us to consider: how to live joyfully, knowing we’ll eventually say goodbye to those we’ve loved, and those who have loved us the most. That question, along with Deal’s elegant prose and memorable characters, ensures that The Sound of Rabbits resonates long after the final page."

—Marcie Roman, author of Journey to the Parallels

"These are small-town people—some sprung but drawn back, some stuck, some contented enough—trying to live their best lives even as so much happens to make them wonder what that is, or even if there’s such a thing. Janice Deal writes them into life with such subtle artistry and grace that it’s easy to forget that these aren’t your own people, hard not to feel firsthand their every pang of love or loss or hard-won recognition. Their frailties and strengths alike, their successes and failures, are the author’s triumph, beautiful, moving, and—for all their seeming everydayness—unforgettable. ~ Ellen Akins, author of Home Movie, World Like a Knife, and others

"Family obligations exert a powerful gravitational pull on two sisters, Ruby who left for the big city, and Val who stayed in their small Wisconsin town. In this luminous and revelatory novel, the sisters tiptoe around the landmines of memory and discover a deep vein of self-acceptance and love."

—Marylee MacDonald, author of Montpelier Tomorrow, Surrender, and others