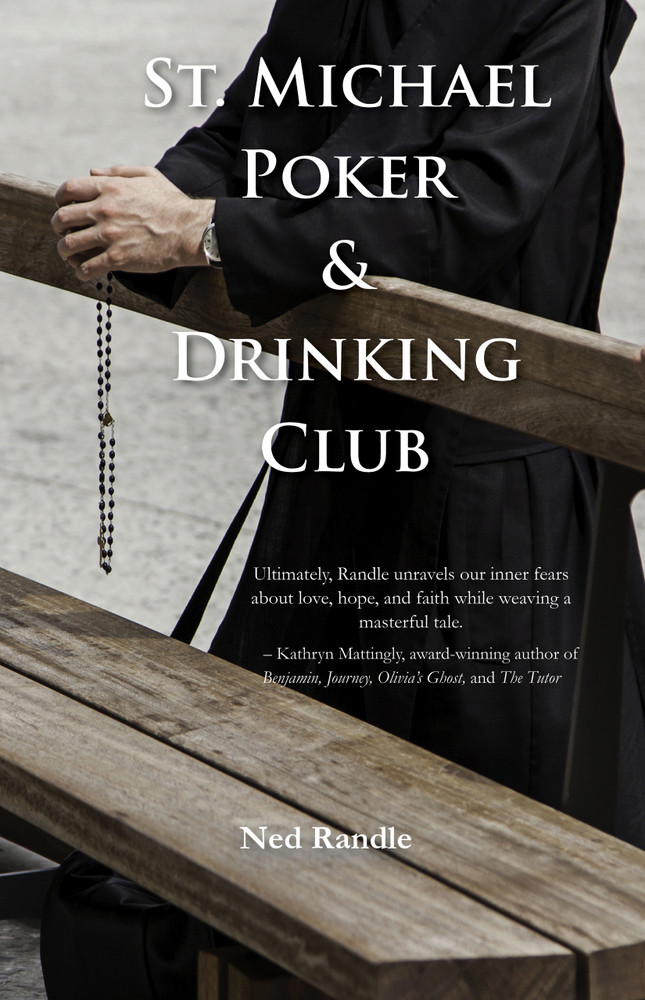 When Father Thomas Abernathy’s loneliness is compounded by the loss of a beloved pet, he conceives an idea for a social club for clergymen where they can play cards, have a few drinks, and socialize. He brings together a wellborn Methodist minister, a dogmatic Lutheran pastor, and an enigmatic, evangelical preacher. Father Tom soon finds the Lutheran pastor, Rev. Theo Swindberg assuming a preternatural place in his life. The man is nervous and doleful, and to learn what makes him tick, Father Tom attends a service at the Lutheran Church, where he falls under the spell of the pastor’s wife, Naomi. When Naomi is diagnosed with an aggressive form of cancer, Swindberg calls upon Father Tom to pray over her healing, a request which could be a career-ending departure from Father Tom’s church’s tenets. Father Tom struggles with his feelings for Naomi, and when he reluctantly agrees to Swindberg’s request, he also finds himself struggling with his faith. In the end it is faith, hope, and love that renews them all.

St. Michael Poker and Drinking Club is a look into the lives of a handful of clergymen chosen by an unlikely hero, Father Thomas of St. Michael’s. The unusual pairing for ongoing poker games is an attempt on Father Tom’s part to alleviate some measure of the inevitable loneliness associated with men of the cloth. Randle skillfully pulls us into the psyche of these honorable, albeit flawed men. The innocent attempt at fellowship takes a turn when Father Tom becomes infatuated with a fellow poker playing clergyman’s wife. We slowly learn about what really makes these men tick, and perhaps understanding them better helps us understand, with greater clarity, our own motivations where right versus wrong and good versus bad. Ultimately, Randle unravels our inner fears about love, hope, and faith while masterfully weaving a tale regarding the complexities of each intricate and life altering concept.

I loved the touching scene in the opening paragraph and was pulled in. Seen through the caring eyes of Father Tom, the world of St. Michael Poker & Drinking Club is painstakingly detailed, precise – enveloping. The many layers of each character are laid bare as though done by a skilled surgeon. Readers join these people at the card table and feel the heat of the story.

– Michael Loyd Gray, author of The Armageddon Two-Step, The Canary, and Exile on Kalamazoo Street

St. Michael Poker & Drinking Club is a contemplative and ultimately hopeful story exploring what happens when a lonely Catholic priest, desperate to avoid sinking into melancholy, gathers a group of clergymen to play cards. With unflinching honesty and touches of wry humor, Ned Randle deftly draws us close to heartsick Father Tom Abernathy as he and his new acquaintances learn more about each other. When illness strikes, they confront hard truths about themselves and their ordained place in the world.

“Could socializing with a Catholic priest be worse than socializing with whores and tax collectors? It was a question that finally led him to fret over the paradoxical effect hierarchical edicts of any hidebound church had on the lives of lonely men.” After the death of his beloved stray cat, Father Thomas Abernathy, a dedicated priest at Saint Michael’s Parish, realizes his life is lonelier than he originally intended. In an effort to thwart the nagging confines of priestly solitude, Father Tom brings together a Methodist minister, a Lutheran pastor, and a billboard-gracing evangelical, forming the St. Michael Poker & Drinking Club. Father Tom quickly develops a friendship with Theo Swindberg, the Lutheran pastor whose wife, Naomi, receives an aggressive cancer diagnosis. In a breach of church tenets, but in an act of true friendship, Theo asks Father Tom to pray for Naomi, a move that will send both men down a path that tests the limits of not only their faiths and the church doctrines they advocate and uphold but also their friendship and free will.

In philosophical, humanistic prose, this book explores the multifaceted, complex lives of men and women who devote themselves to faiths and tenets often at odds with the instincts of human nature. Deeply psychological and emotional in its examination of relationships, free will, and the complexities of the spirit, this book explores a side of some of the world’s foremost Judeo-Christian denominations often hidden from the public eye. In his confessions of loneliness and needs, confusions and doubts, the book’s main character, Father Tom, becomes an everyman to which all can relate, especially as he reaches a controversial resolution that puts him at odds with the very institution he has vowed to uphold. With its prayer-like portrayals of humanness, devotion, and subtle rebellion, this book is sure to become a quick favorite for those needing uplifting and affirmation in a cruel, confusing world.

A captivating and intensely readable tale about men of faith finding friendship and renewal.