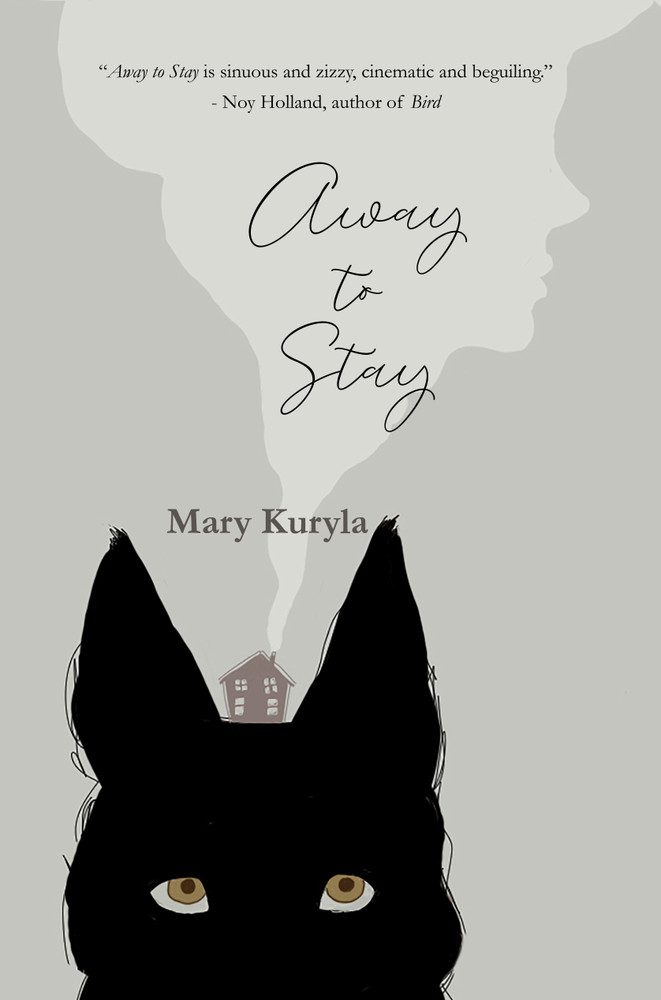 Weary of rundown motels and long nights sleeping in her mother’s car, Olya wants nothing more than a home. It seems she might finally find one with Jack, her mother’s cousin who lives in a tumbledown ranch in Southern California’s Inland Empire. But safety is not all that it seems.

Away to Stay burns with the urgency of its young narrator who bears witness to a world of desperate people flailing inside a broken system. Olya’s mother Irina is a Russian émigré and self-serving liar, obsessed with becoming a prima ballerina and stalking Mikhail Baryshnikov. Cousin Jack is haunted by demons from the Afghanistan war—and the oft-absent Irina. Jack turns his obsession onto his untrainable dog named Bird that he kidnapped from the Riverside Police Department. To Olya, Bird is Job on four legs. Away to Stay is an off-beat and probing exploration of the precarity of shelter and home in the life of an immigrant and American working family.

Praise for Away to Stay

“Mary Kuryla’s debut novel, Away to Stay…is a wild ride, a story about the search for home that moves at a breakneck speed and takes sudden left turns while remaining remarkably poignant and heartfelt.”

“Family proves both an elusive dream and disquieting reality in Kuryla’s delightfully quirky debut…Kuryla shines in her descriptions of the offbeat characters and their antics…It adds up to a captivating coming-of-age yarn.”

“Away to Stay is sinuous and zizzy, cinematic and beguiling. Mary Kuryla brings us news of our shared precarity, our brutal and borrowed world.”

“Away to Stay is a tense, propulsive, and thrillingly subjective coming-of-age story, with gorgeous prose and slippery characters that will stick with you.”

– Ryan Stradal, author of The Lager Queen of Minnesota

“Kuryla has an unflinching eye for the dark strangeness of domestic life and her ravishing prose only deepens the provocation. A powerful and stunningly original book.”

Che and the Calaway Girls