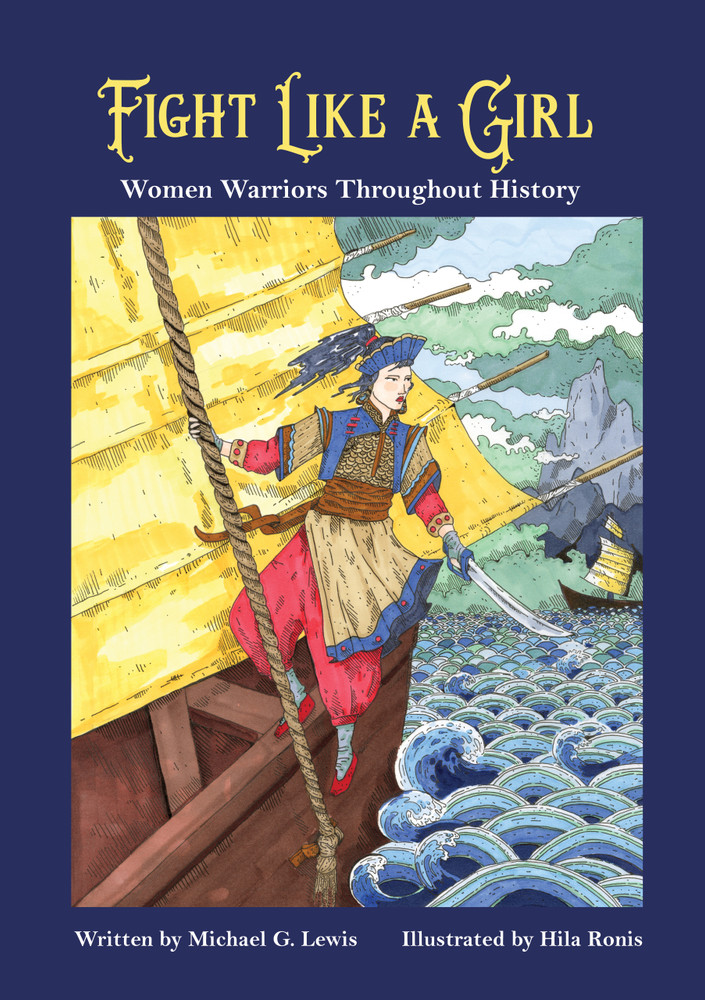 Women have been successfully fighting in combat roles since the beginning of time. During Michael G. Lewis’s research, he discovered women warriors in nearly every century, country, and culture. Their differences are many—some were queens, some peasants, some fought for country, others for religion, while others were motivated by blind loyalty, bloodlust, fame, revenge, and even plain old fashioned greed. Yes, their differences are many, but they are more defined by striking similarities—all were smart, stubborn, almost supernaturally brave, and extraordinary. Their stories are inspiring but also chilling. Their exploits tragic, triumphant, awe inspiring, and even humorous. But their stories are unknown. These women warriors—these “Band of Sisters,” as it were—had far reaching effects on the entire world, and their stories deserve to be told.

“Fight Like a Girl is inspiring nonfiction reading for middle graders who are interested in histories and biographical sketches of women who have participated in combat over the years. Because many of these stories have been obscure and almost lost to history, Michael G. Lewis does a great service in revealing these lives and histories. He’s selected only twenty-five women for profile here; but in reality, there are many more. Middle graders who delve into the tip of this iceberg will find vivid, revealing stories such as that of 1700s Deborah Sampson, who became a soldier in the Revolutionary War against the British; or female pirate Ching Shih, who commanded the largest pirate fleet in history and whose exploits grew from marrying into a position of power. Lewis’s stories read with the drama and embellishments of fiction, making them accessible and lively for young audiences: “During negotiations with the Chinese emperor, Ching Shih was bargaining from a position of strength and both she and the emperor knew it. Her demands were extreme, but there wasn’t much the emperor could do about it.” Intriguing, colorful illustrations by Hila Ronis open each story, with a peppering of black and white images included in each descriptive adventure. Fight Like a Girl is a fine survey of relatively unknown women whose efforts changed their world. It deserves to be in any middle grade collection seeking to put the roles and achievements of women in their proper place in history.”

Che and the Calaway Girls