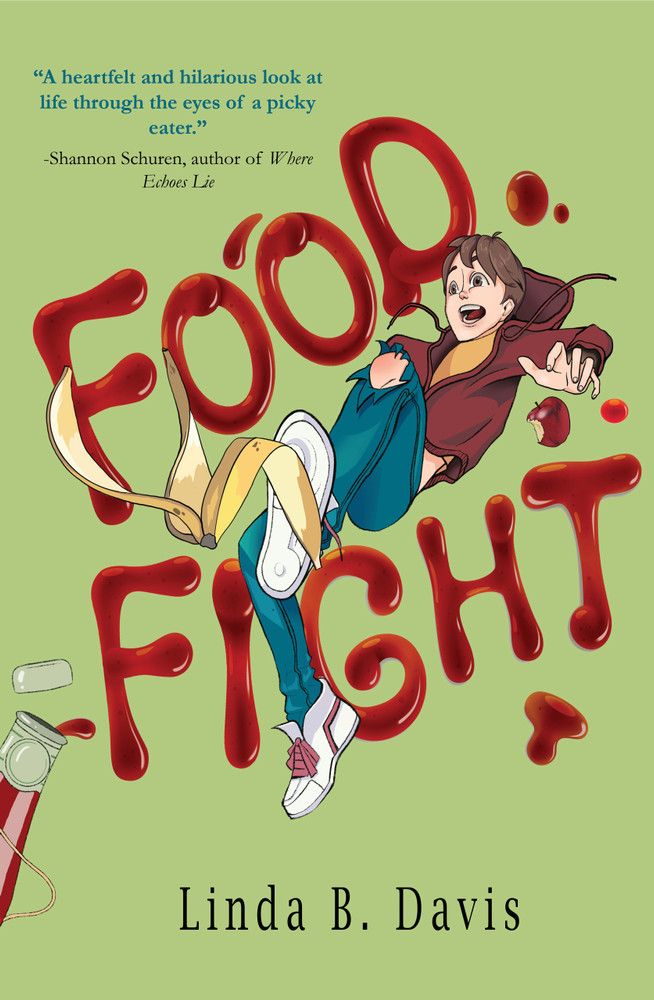 Smart and athletic, Ben Snyder is ready for middle school. But his super picky eating, which has never been a big deal before, is about to take him down. Suddenly everybody’s on his case about what he’s eating and what he’s not—his old friends, his new friends, his weird lab partner, the girl he’s crushing on, and a bully—and Ben finds himself in social free fall, sliding toward the bottom of the middle school food chain. Even worse, there’s an upcoming three-day class trip to a colonial campsite. Knowing he can’t handle the gag-worthy menu, Ben prepares for the outing like it’s a survival mission. Armed with new and unexpected information about his eating habits that could change everything, he sets out with three tactical goals: impress the girl, outsmart the bully, and avoid every single meal. But when his plans go sideways and epic hunger threatens to push him over the edge, Ben must decide how far he will go to fit in and if he has the courage to stand out.

"Food Fight is a heartfelt and hilarious look at life through the eyes of a picky eater. Linda B. Davis portrays Ben’s hopes and fears as he learns to navigate middle school while keeping his selective eating disorder a secret from the rest of his class, especially the school bully. A must-read for anyone who has ever fought their own battles with both fitting in and being themselves."

"Linda Davis has a knack for zingy dialogue and depicting multi-faceted sixth-grade characters, but the story behind her book Food Fight goes much deeper. Protagonist Ben suffers from ARFID (Avoidant/Restrictive Food Intake Disorder). Typical middle school fare like pizza and ice cream literally makes him sick, and he uses humor to divert attention away from himself and his eating habits. But keeping his secret strains friendships with his classmates and worse, a hopeful first crush goes haywire. Davis’s pacing moves right along and yet never diminishes Ben’s emotional journey to self-acceptance, striking a pitch-perfect balance for middle-grade readers."

"Davis gives the reader a realistic and sympathetic portrayal of what it is like to be a picky eater in middle school. With a convincing cast of characters, she creates a lively and timely look into the life of a student with ARFID (Avoidant/Restrictive Food Intake Disorder) and the challenges he faces. An important and well-written debut novel."

-Joyce Burns Zeiss, author of Out of the Dragon’s Mouth

"This debut novel pairs a unique subject (selective eating disorder) with a smorgasbord of universal middle grade themes including tolerance, bullying, acceptance, empowerment and self-esteem. Well worth the read!"

-Naomi Milliner, author of Super Jake and the King of Chaos