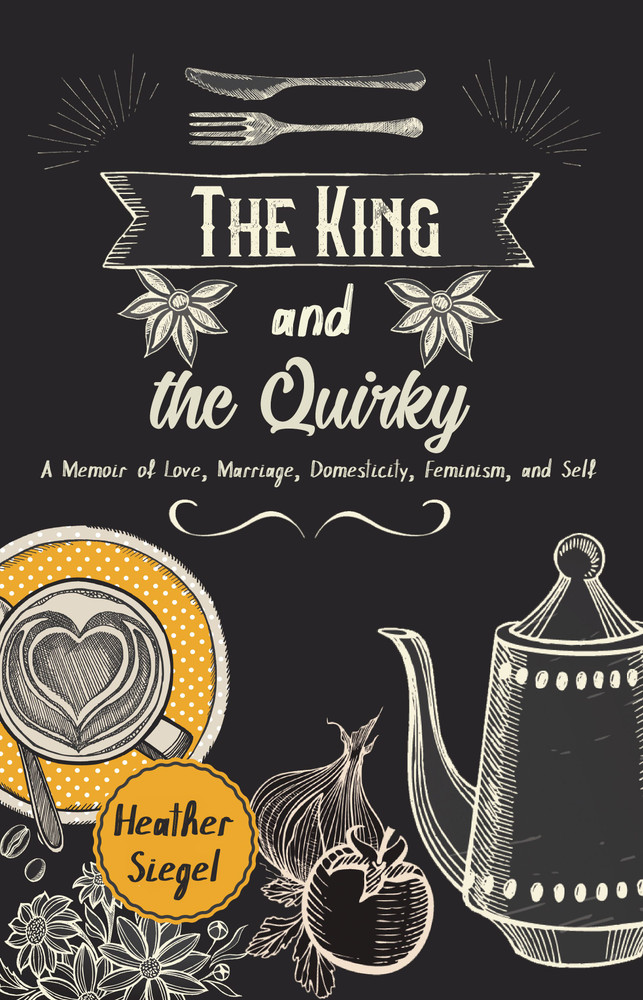 Thirty-four-year-old Heather Siegel is eccentric, artsy, and independent, and she doesn’t believe in romantic fairy-tales. At least not until she meets her opposite in Jon, a man of science, logic, and kingly ego. Not only does she fall for the idea of love and “soulmates,” she goes one step further—she moves to the suburbs of Long Island and invests wholeheartedly in marriage and motherhood. Naturally, it doesn’t take long before she finds herself lost and adrift. To regain a shred of her old self, she embarks upon a series of quirky and painfully humorous entrepreneurial and health adventures.

Can you be a stay-at-home mother and still be a feminist? Should we believe in the “true love” narrative? These are questions posed within this high drama of the mundane, in which (spoiler alert) no murder happens, no affair unfolds, and no death, illness, or trauma is suffered. What does unspool is an entertaining arc of transformation, a light introspective about a marriage of opposites, and boatloads of honesty.

Praise for The King & the Quirky

“[The King & The Quirky] is a powerful memoir of a process that will be familiar to many women: one which involves the remarkable task of reconsidering life’s goals and possibilities within and beyond the traditions of marital bliss and connection… [Siegel’s] memoir represents an important survey of both the evolution of hope and self and the end results of such pursuits, creating an accessible, humorous, involving account highly recommended for women at various stages of growth.”

“Heather Siegel has an awesome sense of humor and a penetrating view of what contemporary marriage is all about.  And as a newlywed, I was thrilled to read about all that’s in store for me!  This is a page-turning, laugh-out-loud tale of triumphant love, and self-love, and a cautionary story of both when to compromise and when never to give up or give in.”

– Neesha Arter, author of Controlled: The Worst Night of My Life and Its Aftermath

“Heather Siegel’s latest is a love story for the ages, but not in the way you think. While her vivid descriptions of falling for her soulmate make it impossible for the reader not to travel back in time to their first love, it’s Siegel’s keen insight that gives the reader the gift of watching her – a strong, independent, wits-about-her bad ass – fall back in love with herself. In a time where women’s freedoms and choices are in danger, Heather Siegel takes back her power, her life, and her spirit in a true story of love, loss, and finding out who you really are. This is a must-read for anyone who’s been looking for themselves, and everyone who has never thought they had to.”

“With wit and insight, Heather Siegel offers a fresh look at an ancient institution. Leaving no cultural assumption unturned, she illustrates how marriage can be a clarifying crucible for the bravest of us, pushing us to encounter each other in all our complexity, and making us the better for it.”

“Heather Siegel does the rarest of things: she speaks the truth about marriage with warmth, wit and lacerating self-awareness. With an uncanny eye for detail, Siegel teaches powerful lessons that should be required learning for anyone in love: Chemistry and compatibility are not the same. The first few months of your relationship bears little resemblance to the next 40 years. You can’t change your partner but if you can accept each other’s flaws and repeatedly choose kindness over resentment, you can create a happy life. The King & The Quirky is a singular accomplishment: a deeply personal story that is universal to any reader who has ever been married.”

– Evan Katz, dating coach and author of four books, including Believe in Love