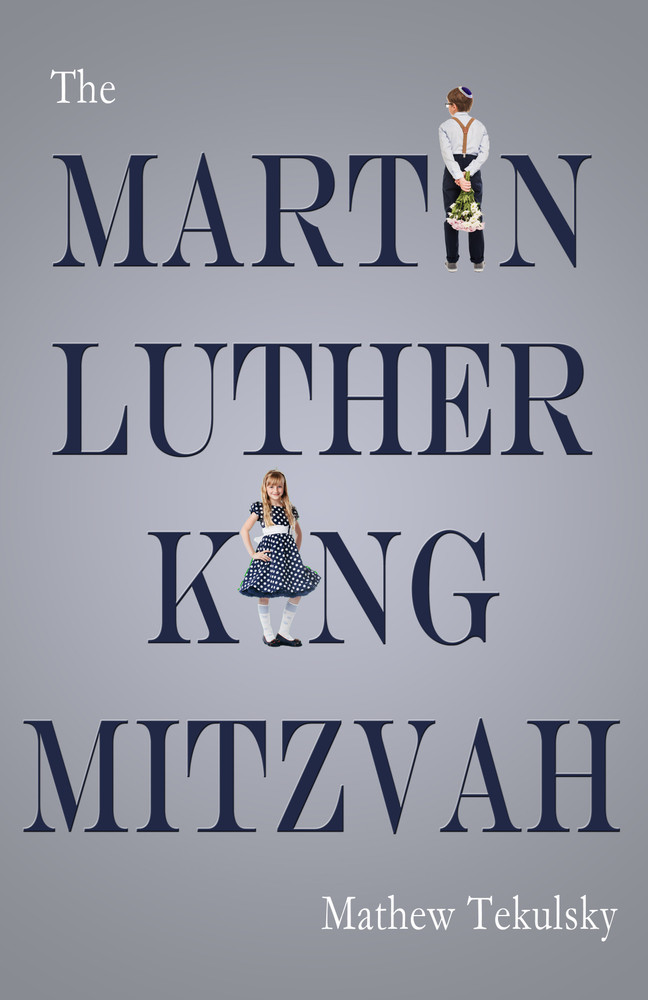 Adam Jacobs, a seventh grader at Beachmont Middle and the son of a Holocaust survivor, is tired of Hebrew School and tired of being bullied because he is Jewish. The bright spot in Adam’s day is when he follows Sally Fletcher—and her irresistible blonde ponytail—home from school. But it is 1966, and Sally is Catholic. Jews and Catholics don’t mix in the suburban town of Beachmont, New York.

Inspired by the reclusive writer and activist, Gladys McKinley, and horrified by the religious and racial divisions of their suburban town, Adam and Sally organize a kids’ march to protest the Vietnam War. In the heady weeks that follow, the two are featured in a local newspaper, interviewed on the radio, and meet the charismatic Martin Luther King who is shaping the civil rights movement of their day.

As his bar mitzvah approaches, Adam must grapple with newfound notions of race and religion, of division and unity, of peace and war. The Martin Luther King Mitzvah tells the timeless story of two kids who defy the odds, unite a town, and make a brave stand against discrimination.