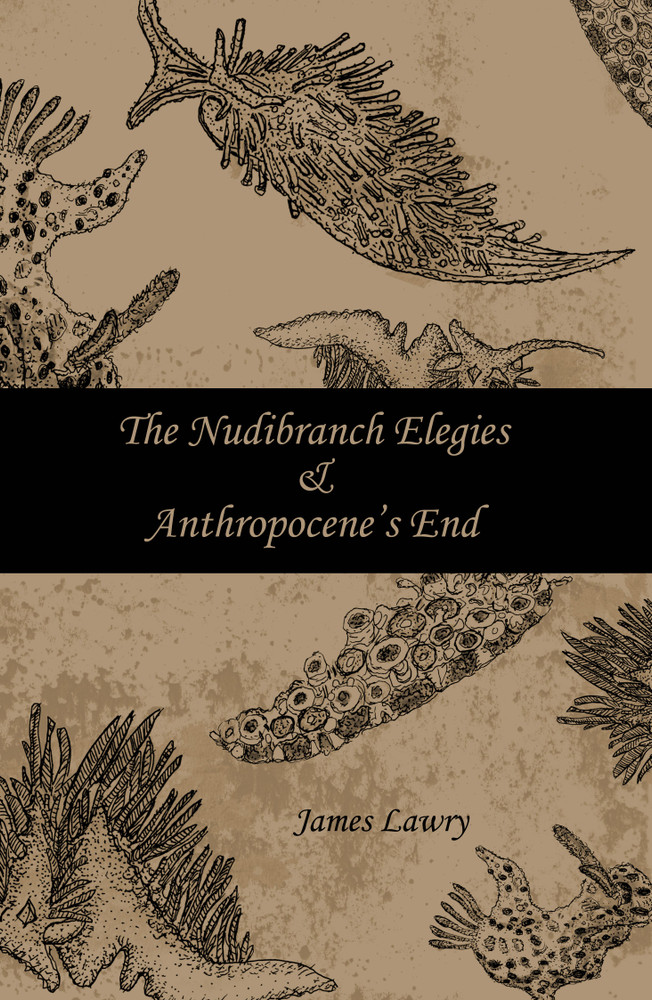 Jim Lawry’s poems memorialize the losses we all suffer as Earth’s crowding compresses all our living spaces to interrupt the subtle biological webs holding all our lives together.

These two books of poems honor, praise and eulogize the lives of sea slugs and other denizens going extinct as we pay tribute to thousands of species that our children will never see and will never return to our planet.

In morning’s azure bluish glow it was,

but could not discern

dissected out their songs, their poetries, their music.

Hear us before we vanish.

Our Blue Grotto is no longer blue.

We struggle to breathe free,

Who will save us from calamity now?

We expected to live but how

New terrors plague us so

our delicately balanced songs no longer fit together.

We sing to help us from new silences.

So many of us dying.

May our songs and fates

stir you to grieve.

“James Lawry inspires all readers to appreciate nudibranchs, amazing denizens of the sea also known as sea slugs. Despite that inauspicious name, they are one of Mother Nature’s most exquisite canvases.”
– Dr. Margaret Lowman, Senior Scientist, Institute of Biodiversity Science and Sustainability, California Academy of Sciences

“Anyone who loves to observe nature knows that the richest viewing opportunities happen in those times and places in between; at the edges; near the borders; on the thresholds.  Nudibranch Elegies is a book that repeatedly takes the reader into places that exist in between two seemingly opposite worlds – at the edges of the natural world and the imaginal realm; near the border of the numinous and the sensual; on the threshold of the outer and the inner.  With one foot firmly planted in each world – one in science and the other in poetry – author James Lawry skillfully and splendidly expresses his dual citizenship, paying great homage to both.”
– Wendy McLaughlin, Radio Producer

“Jim Lawry’s poetry emerges from a lifetime of fascination with all living things, especially the smallest and most vulnerable.  There is a sense of wonder here that asks us to recognize this world not as something separate from ourselves, but as an integral part of all that we are.  We are challenged to recognize the sacredness of this creation, and to cease to live without regard for its well-being.”

The Tenderest of Strings

The War Ends at Four