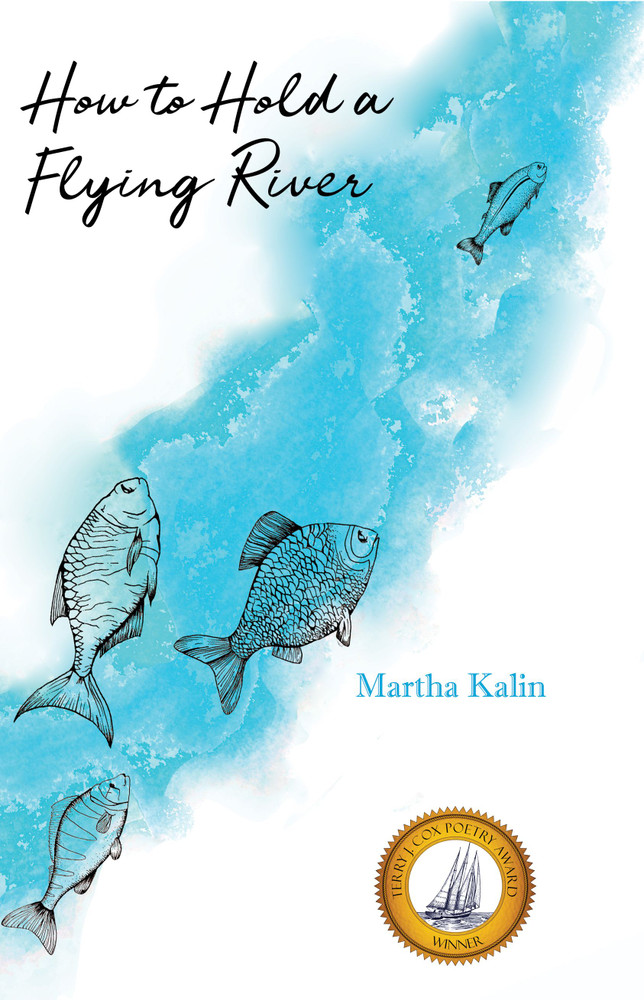 How to Hold a Flying River

Martha Kalin’s prize-winning poetry collection How to Hold a Flying River is a timeless odyssey through the irresolvable paradoxes of life, a journey that illuminates the yearning, rage and tenderness embodied in all we cannot hold. Fleeting fragrances, fragments of dream and memory, secrets whispered in the night, painful collisions with reality, consolations drawn from music and clouds: the poems move relentlessly through shadow and light as they circle, question and confront the turbulence of being human. They stretch sensitive drumskins over frames of close observation, resonant understatement, and silences rich with insight. Ultimately, the poems are exhortations—for heaven to “rest your head on my knees”—invitations for the reader to enter a space where the ineffable dwells.

How to Hold a Flying River is the winning recipient of Regal House Publishing’s 2019 Terry J. Cox Poetry Award, judged by Zack Rogow.

Praise for How to Hold a Flying River

Implicit in this irresistible title, How to Hold a Flying River, is a poetry of the ineffable and ephemeral, its metaphor striving toward the light and shadow of all we cannot hold: “Shock of glass. // You can’t have this moment so why write about nightingales? / It happens when we / split ourselves off from ourselves. It has the right to be difficult.” Through irresolvable stories and anecdotes, Martha Kalin captures the crumbling “Tower of Hay” of our lives in memorable and highly wrought lines:

But it can’t be stopped,

of her face or the tower

of hay as it burns.

In How to Hold a Flying River, Martha Kalin’s poems glisten with thirst, create a shining flow of dreams and desire. We travel luminous meanders of the poet’s “memory of water’s everywhere,” hidden faces and histories hiding in the honest reveal: “Family is an ocean that will/swallow you,” she tells us. These poems soar with transcendent mystery, the title’s glimpse of her impossible paradoxes. Kalin is a poet of unparalleled brilliance.

– Joy Roulier Sawyer, author of Lifeguards and Tongues of Men and Angels

The haunting beauty of Martha Kalin’s poems rest in things seen and not seen, objects and people and emotions resting in the shadows. The poems often ask questions, seeking to know the ways in which we look toward, and then away. These liminal moments happen throughout—and yes, “how terrifying and maddening that radiance,” and yes, when I read these poems, I too want to know: “when will it [this radiance] come again”? How to Hold a Flying River is a gorgeous, complex book, one I’ll be thinking about for a long time.

– Michael Henry, author of No Stranger Than My Own and Active Gods

Down to the River

The River Between Hearts

Howling Up to the Sky